When I turned and saw this "word" on our refrigerator I had to stop myself from thinking, "Well that's just plain wrong." I pondered it and realized that Mikey had approximated his name. He had M, K, and E in there well enough. But he substituted a T where I was supposed to be and again T for Y. When I asked him about it he said it was his name and, pointing to the letters one at a time, said "M, I, K, E, Y. I had to use 'T' a couple times." 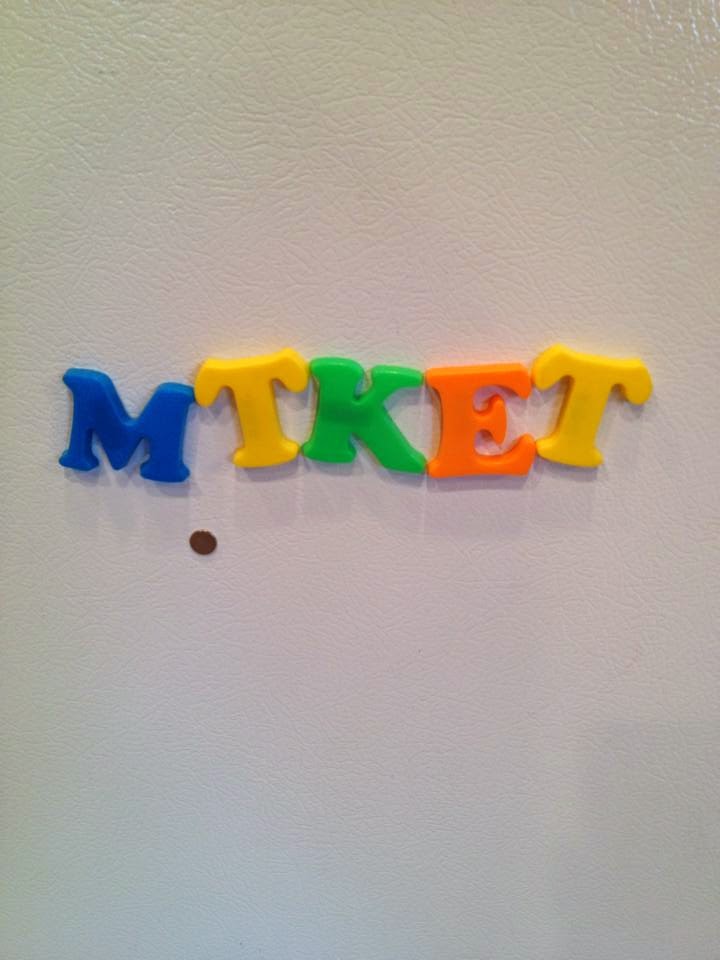 I think it is because I write Preschool Engineering that I have come to recognize pre-STEM in so many places and ways. First of all, pre-algebra is evident to me because he is using symbols (T) to represent other things (I and Y), which is a fundamental skill of algebra.  I also consider this approximation of his name an experiment in error analysis, a commonly overlooked aspect of STEM learning. He saw the letters from which he could choose (the complete alphabet is missing because, you  know, they are used everywhere): A, E, E, O, O, O, U, F, G, K, M, R, S, T, T. He found as many relevant ones as he could: M, K, and E. He identified that he was missing I and Y and decided that T would be a good substitution for each of those letters. In assembling his name, "MTKET" was just right enough for him to be comfortable using it for "MIKEY."

The problem solving that this "misspelling" of his name represents baffles me. It also reminds me how important it is that I didn't squash his work by saying "well, that's just wrong, Mikey." and make him go hunt around the house for the missing letters. Instead, I asked him about it and in all truth told him, "I think that the way you approximated your name is pretty neat."