This is for all you weekday warriors out there who check in with Facebook on the weekends. It is a review of the most popular posts.


I'm excited to announce my custom-designed Amazon store! I have chosen books and toys and other treasures specifically for Preschool Engineers. It is an on-going project so I will be adding things regularly for you to discover.
There are gifts sets including a book and toys inspired by it. I also put together some lists of Tiny Treasures for stuffing easter eggs or baskets as well as DIY Engineer Stash party favors.

Access using the link below or the "Shop Now" button at the top of the Preschool Engineering Facebook page.
http://astore.amazon.com/preschooengin-20


"The pulley system is a huge hit with everyone who comes to play - adults and children alike. It is a novel and powerful machine. But, mounted between two level of house (or treehouse) it also affords practice in communication and cooperation, and that makes the toy priceless for Preschool Engineering." 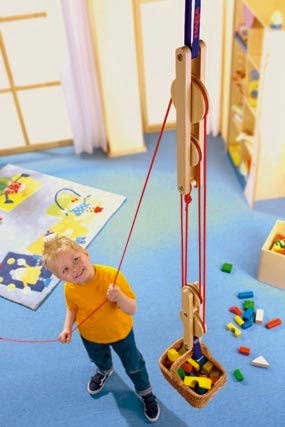 The Elimination Diet No One is Talking About
"Both of my children, one special needs and one neurotypical, have reaped rewards from eliminating screens. We read more books; we build more contraptions; and, we spin more original stories than I ever thought imaginable. We are all more happy more of the time. I like it this way." 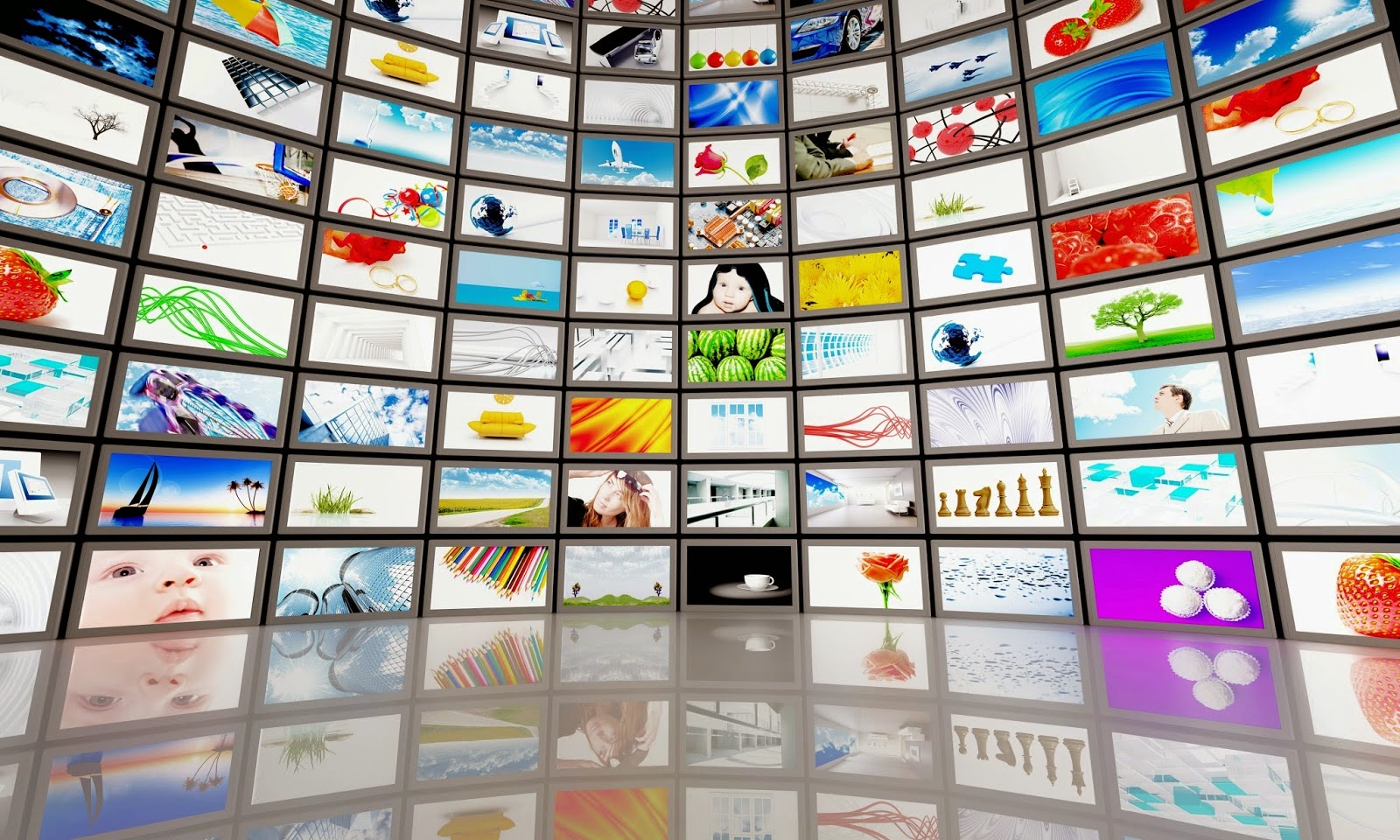 If You Send Your Kid to a Private School, You are a Bad Person
This slate.com article was controversial and a conversation starter! Here's my comment:

Preschool Engineering Well this certainly started conversations! I've been thinking about this article a lot and I have come to two conclusions. First, no matter where your child goes to school it is important to be invested in their education...to do your best to connect in the out-of-school hours and help shape how they learn. Second, I think the author is missing a HUGE problem with the system and it is that public schools are by nature neighborhood schools and the weakest schools are typically in neighborhoods with parents just barely scraping by to make ends meet. Working two or three jobs just to pay rent and put food on the table would probably not allow for much time or energy to "invest" in anything. Until society finds a way to connect and support education across neighborhood lines, it doesn't matter much if upper middle class children are attending their own rich neighborhood school or a private one down the road. 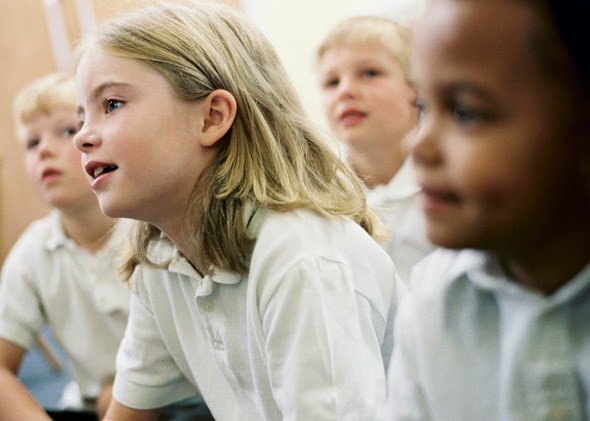 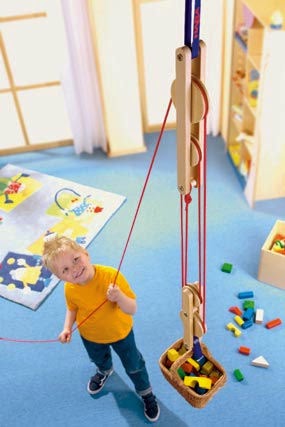 The Haba Block and Tackle provides awesome pre-STEM learning, as expected. The children have been learning about size, weight, tippiness (balance), and the power of a pulley. What I wasn't expecting was the lessons in cooperation and communication that it provides.

A huge goal for Autistic children is to learn the back-and-forth of communication. Parents, therapists and other caregivers engineer games to encourage taking turns. And I remember celebrating with another parent when our Autistic children played their first game of catch together...rolling a ball up and down a slide to each other. This type of play comes naturally to my typical child but it is no less important for her.

So when I heard my children talking to each other - one up stairs and one down stairs - joy filled my heart. "Is it ready?" called Mikey. "No, not quite yet!" said Anna. He waited (a small miracle). She finished attaching a toy snake then shouted, "Ok Mikey! It is ready!" He hoisted.

We have a two story house with a cathedral ceiling. A landing at the top of the stairs looks into the play room and was a perfect place for a block and tackle toy. A generous grand parent gave it to us at Christmas time. When we brought the toy home, we drilled into a stud in the ceiling and mounted a heavy-duty eye bolt. The block and tackle was then safe and ready for play.

The pulley system is a huge hit with everyone who comes to play - adults and children alike. It is a novel and powerful machine. But, mounted between two level of house (or treehouse) it also affords practice in communication and cooperation, and that makes the toy priceless for Preschool Engineering.

The Elimination Diet No One is Talking About 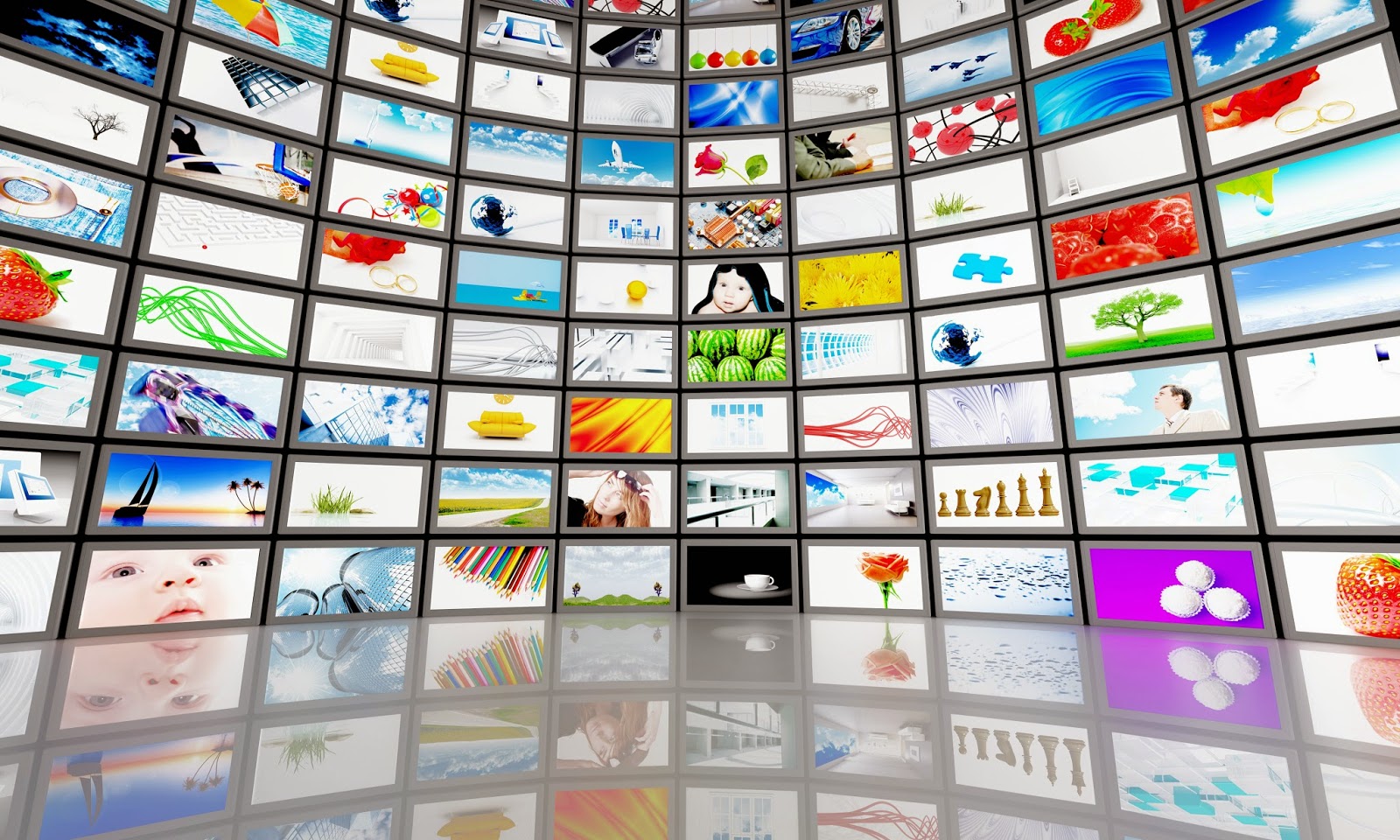 I like my screen technology. I enjoy watching TV. The clever games on my iPad are wildly entertaining. I have vivid memories of Disney movies from my childhood. So, in the name of introducing my children to all the fun things in the world, I didn't hesitate to show them TV shows, iPad games, YouTube videos, etc. We have learned the names and jobs of more working trucks than I new existed (thank you 20trucks.com and Mighty Machines), we have watched Curious George's and Tinkerbell's engineering process, and we have played Toca Boca and Duck Duck Moose games until we were blue in the face. Needless to say, we have had our fair share of screen time. It came to a crashing halt about two weeks ago and I cannot believe the results.

Over the course of three years I have been weaning my son from more than two hours of screen time per day (that was when he was only ~3 years old) to about 30 minutes per day. We have changed house rules from watching/playing only after dinner to never watching after dinner. Each child would get one pick - either one short episode (Curious George, Octonauts) or 15 minutes of a movie or longer program. Sometimes my son would get the first pick and sometimes my daughter. There was always some level of negotiating with them about when they could watch, what they could watch, and who got the first pick. But I hit my limit a few weeks ago.

I don't know if it was just the bickering that comes with a five year old and a three year old. Or the fact that my three year old is exploring her identity in that threenager sort of way. Those things combined with the persistence of a child with Aspergers pushed me right past my limit. It was the weekend, a time when I usually relax my rules a little. I had agreed to TV right after breakfast and we had sailed right past the 30 minute mark, which, I thought, would have been well-received. But it wasn't. More was requested. When I said, "no" my kids turned the TV back on. They both came at me complaining, calling me names, and generally being rude.

Complaining was becoming normal. Name-calling was being brought home from preschool. I had warned them over the course of the week that I was not going to let them be rude. If we were going to argue daily about when they got to watch TV and how much they got to watch then I would just get rid of the TV. They knew that I liked watching TV with them. So I think they thought I was bluffing. Until I wasn't.

I unplugged the TV and carried it out of the house.

I had to watch the new season of House of Cards on my computer screen. That was a little disappointing. But it was a small price to pay for the amazing things that have happened in our home. My son, who had NEVER slept the recommended number of hours (he typically slept 9-10 per night and acted like it) suddenly started sleeping more than 11 hours per night. My daughter who slept 11 hours per night started sleeping deeper and longer. When she used to collapse once or twice a week in a nap, she is a delightful three year old all day every day...with, perhaps, a little more spunk.

Since my son is sleeping more every night (though still waking us a couple times for some mid-night comfort), we are having beautiful days. When he used to lose his temper on a dime and lash out a physical attack, he let's things roll off his back. When he used to almost fall asleep on his dinner plate, he is now gobbling up dinner and running back outside for some almost-springtime after dinner play. As a result, I am running out of patience less. And, the most important thing to me, he is reconnecting with friends.

Mikey has been going through the growing pains of having moved to a new state in September. He oozes charisma and children tend to like him off the bat. But his bossy, impulsive and aggressive behavior would then scare them off. Ten days after taking the TV away (the iPad was already shelved), his first friend in Colorado re-approached him. The boy had been Mikey's first friend, had come to our house to play after school, and met us at the park. But he stopped asking to play outside of school and his mother had told me a few months ago that he was afraid of Mikey. So, sadly, I let it go and hoped they would reconnect some day or that Mikey would find a new friend. No longer! Mikey's first Colorado friend cannot get enough play dates outside of their preschool. He, too, must have recognized the change.

We have had HUGE successes around here and it begs the question: why didn't it happen sooner? We were told to eliminate gluten and casein and possibly eggs and peanuts from his diet. We were warned to control screen time and keep it to less than two hours per day (so I thought I was good). But no one ever suggested doing an elimination diet of screens.

Both of my children, one special needs and one neurotypical, have reaped rewards from eliminating screens. We read more books; we build more contraptions; and, we spin more original stories than I ever thought imaginable. We are all more happy more of the time. I like it this way. 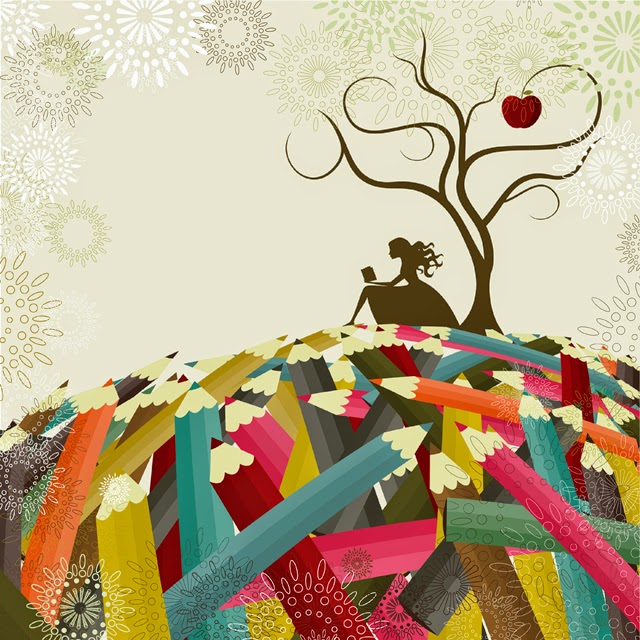 It is so important that we give our preschoolers a good start in developing their social emotional learning (SEL). Here's some insight on where this area of research and teaching is headed:


It’s a relatively new concept borne of recent research establishing the critical importance of noncognitive skills and behaviors to student success in school and beyond. While we use the word “noncognitive,” we recognize that the field does not yet have a common language for this set of competencies. Therefore, we focus on the outcome—effective learning—and define “effective learners” as students who develop a set of qualities that includes self-control, persistence, social awareness, relationship skills, curiosity, resilience, and self-confidence. Research shows that such skills are the defining factors that set high school and college graduates apart from those who drop out at either level. The research that has introduced the importance of these qualities into mainstream conversation falls into two distinct but overlapping arenas: social and emotional learning (SEL), and academic attitudes and behaviors.


The Collaborative for Academic, Social, and Emotional Learning (CASEL) is the leading proponent of SEL. Its mission is to make SEL an integral part of education from kindergarten through high school. CASEL has identified five interrelated social and emotional competencies that define SEL..."