It has been seven weeks since we began our screen-free diet. I had been curious what a screen-free diet would look like in our house. I wondered if there would be any positive effect on our lives. And I was determined to try...all I needed was an opportunity that could be seen as "fair" - a natural consequence of losing the TV (we had already shelved gaming devices). Inevitably, I said "if you cannot agree to the rules of watching TV then I will take the TV out of the house." And, inevitably, the persistent arguing that comes from a child with Aspergers and a threenager made that consequence come to fruition. The results of the screen-free living have been profound.

The most amazing change has been a drastic reduction in nighttime parenting. After three weeks of screen-free living my son began sleeping long and uninterrupted. He now falls asleep between 7:30 and 8PM and sleeps to -almost- 6AM WITHOUT coming to our room or calling for our support...usually.

There has been a trickle-down effect as a result of his improved sleep habits. We, his parents, are better rested and can be more patient with the challenges of the day. And he is better rested and can also be more patient and more flexible with the challenges of his day. Don't get me wrong. He still has Aspergers and the challenging behaviors that come along with it. His persistence and his single-mindedness that accounts for his giftedness is still evident every day. But when I say, "enough for now" he is able to shelf his concerns for later and redirect himself to some other interesting thing. His sensory-seeking repetitive physical needs are still there -- jumping, running, flapping his arms and spinning in circles remain a part of our daily play. But they are less likely to be used aggressively; propeller arms are now part of dance instead of used as weapons and jumping is joyful instead of launching himself as a cannon ball. Everyone is noticing these improvements - from his friends to his teachers.

However, like any elimination diet, there has to be a gradual re-introduction of the eliminated substance. Plus, I really like watching TV with them so I would love to have a little back in my own life. By reintroducing screens into our lives we will be looking for short term as well as long term effects. If sleep deteriorates again then I will have to find a way to remove it again...but so far, so good.

Our first reintroduction was not our doing. Mikey was invited to our neighbor's house to play with the big kids. They were in the "man cave" watching TV. I was nervous for several reasons. First, I was concerned that the coming night would be full of wakings and lots of nighttime parenting. Second, I was curious about what, exactly, the boys were watching. Was it age-appropriate for my son? Last, I was worried that I wouldn't be able to peel Mikey away when it was time for dinner. It turned out that there were no short-term effects from that first reintroduction and so we proceeded with caution.

Next, the new rules would be that we would only watch TV on Saturday mornings. I think part of the problem before was the daily doses of screen time. Even being within the limits recommended by the American Pediatric Association, was too much. I'm convinced that Mikey and Anna's sensitive little brains and bodies were having some sort of addictive reaction to watching TV and there was some cumulative effect going on.

We had our first Saturday morning cartoons last week and, for now, it seems to be perfect. There were no immediate problems. Behavior didn't change drastically and sleep remained excellent. I am determined to remain vigilant. I want the TV and other screen-based media to be part of our lives but I don't want it to rules our lives. 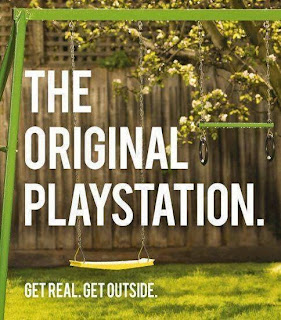