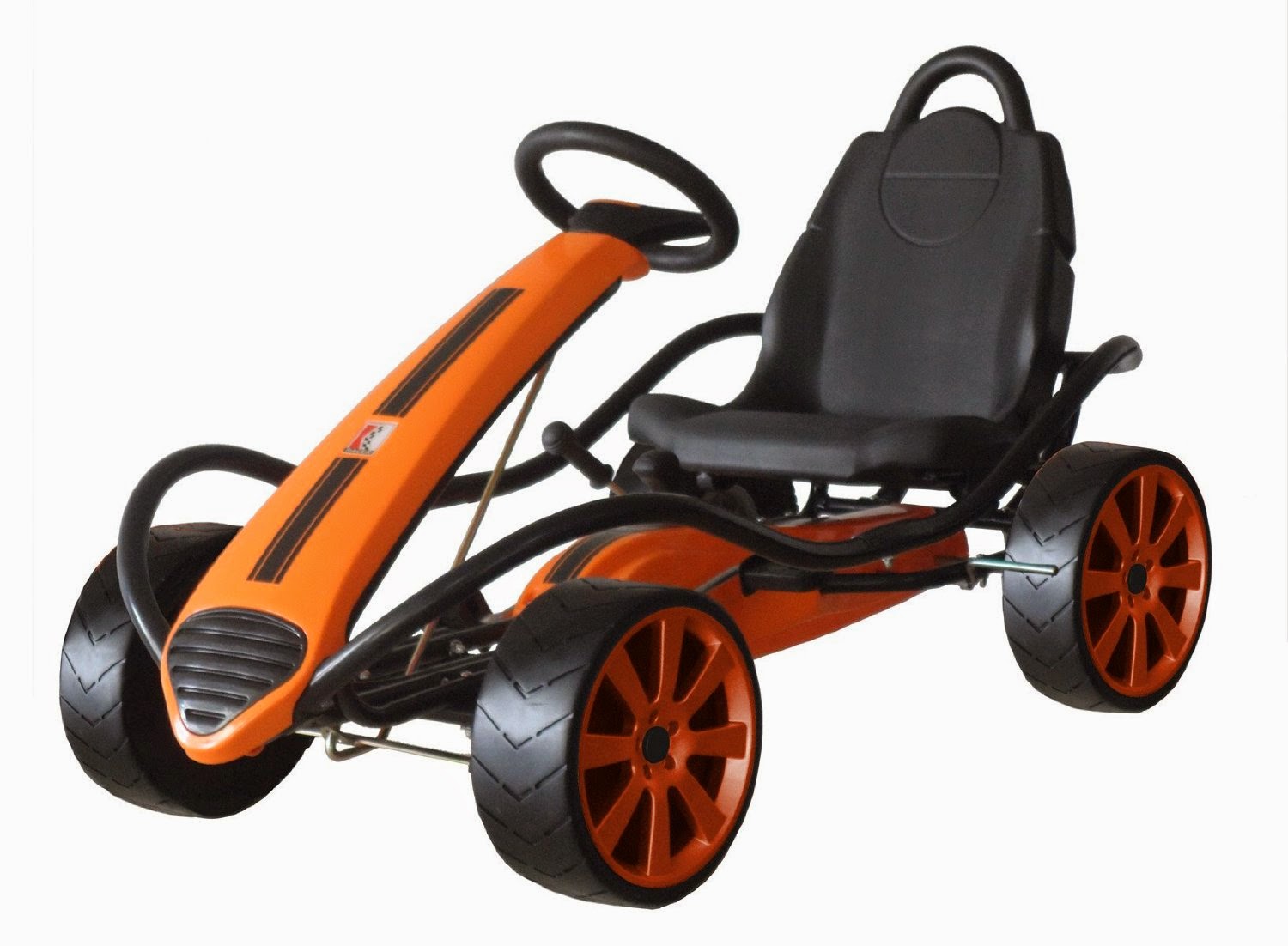 We call it the "Doodle Bug" because it is just like the one Grandpa had when he was a kid and that's what he called it. This Kettler Kiddi-O Sport Kid Pedal Racer is the latest addition to our fleet of vehicles except instead of being part of a pretend construction crew, like the Tonka Grader, this one is for riding!

My son never wanted to ride his tricycle. He only put it upsidedown and watched the pedals turn the front wheel. If the trike was right side up he would push it around watching how it turned. He never wanted to actually sit and ride it. The same is true for his first bicycle with training wheels. He liked to put that upsidedown, too, and watch the pedals turn the chain turning the wheel. He even experimented with using the moving chain as part of an invention. (Looking back, I realize his disinterest in riding bikes and trikes was because he didn't have the coordination that he should have because his motor development was so whacky. He interests were also a little intensely focused on the mechanical workings of spinning things, another characteristic of a gifted child on the autism spectrum.) But, this Doodle Bug, this got his attention.

The Doodle Bug requires left-right coordination like pedaling a bike but the seat position offers the stability (even better stability) of a trike. Unlike the pedal brakes of a child's bike, the pedals of the Doodle Bug can be used to propel the driver forward OR backward. There is a hand brake to slow down and stop. There is a stick shift for engaging or disengaging the drive train. The steering wheel is the right place and easily used by both my four year old and my two year old. The whole thing was fairly easy but time-consuming (with anxiously waiting children) to put together. It also seems pretty tough and a safe ride.

Mind you, my two year old can barely reach the pedals and both children are younger than the manufacturer's recommended age, but this Doodle Bug is beloved by all.