I just reread the post by Janet Lansbury - Elevating Childcare titled "7 Myths that Discourage Independent Play." She lists seven misconceptions about what infant play looks like and then describes the hows and whys of the play. I wish I had read this back in 2009 when I had my first baby. (Especially #7.) And today I share the bullet list with you and offer some insight from my perspective.

Play Myth # 1: Babies can’t do it.Play Myth #2: If a baby cries when she’s placed down, she must not like playing.
Play Myth #3: Play means “doing” something.
Play Myth #4: Gated play areas are restrictive “jails”.Play Myth #5: Independent play means leaving children alone.
Play Myth #6: When children get frustrated or ask for help, we should solve the problem for them.Play Myth #7: It’s our job to entertain and play with our children

These all apply to preschoolers as well as babies. However, if you and your preschooler are new to this style of parenting/childing then there will be some growing pains. For us, the combination of #3 ("doing" something) and #7 (my role as a parent) was where my child and I struggled for a long time. It seemed like he had a very hard time knowing what to do without me sitting beside him doing something he could observe. So we had to ease into it. When he wanted me to build for him or otherwise "entertain" him, I said "let's do it together. I'll put one block on the stack, then you put the next one." There was disagreement. He wanted me to do more than I would. Sitting and watching him didn't seem to be enough to meet his needs. However, I borrowed a line I learned from Janet. "I like to watch you play." That simple phrase seemed to comfort him. It seemed to encourage him to know that his work was valuable and that merely observing it was enough to make it so.

This brings me to my next point. Janet wrote

"Often the richest, most productive play doesn’t look like much because it’s dawdling, imagining, daydreaming, big picture thinking. To encourage this kind of play we must: first, value it; second, observe it; and lastly, not interrupt..."


My aim here at Preschool Engineering is to help you see the value of your child's play. Nevermind that independent child's play means you get freed up to do work, chores, enjoy a beverage in peace. That could be considered valuable enough. But there is more value in your child's play. They are building a foundation for science, technology, engineering and mathematics learning. Putting blocks together they are experiencing shapes, colors, and quantity. Identifying, sorting, and classifying toys and other household items is pre-Science learning. Nesting pots and pans on the kitchen floor is pre-Math when your child is comparing size and shape. Banging a hammer onto pretend nails is pre-Technology and pre-Engineering learning because he or she located a tool to use to accomplish something that needed to be done. Pre-STEM can be seen everywhere...and having had oodles of formal engineering training I'm here to help you see it. 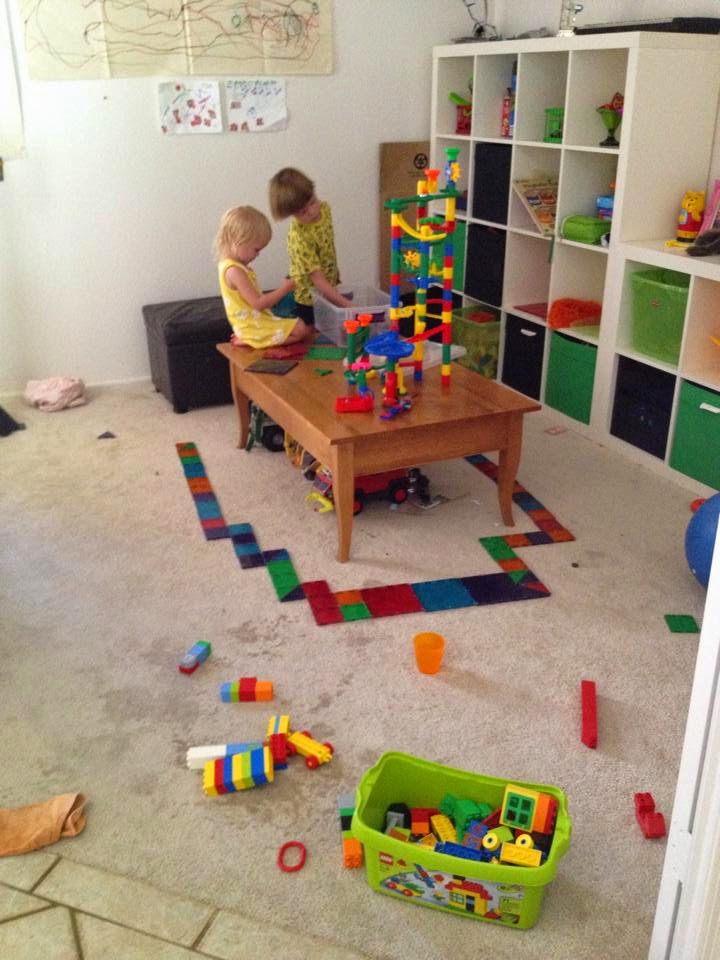