Relationships: A Journey through Books to Princesshood

So often I hear that getting a job is, "all about who you know." It certainly has been true for our family. My husband's colleagues have reached out time and again in unexpected ways propelling our family's journey from east to west and north to south and back again. And so when I see my 3 year old daughter exploring the nuances of social conduct I think to myself, "wow. She will have no trouble navigating the social network of her career." What is more, her learning journey about relationships has been supported through books and brought us, rather unexpectedly and in interesting ways to the world of princesses.

It all began with her first true book love - "Bob and Otto" by Nick Bruel. I had picked the book up for my autistic son as a way to explore and learn about friendship. It is a story of two friends who choose different paths in life but remain friends. My son enjoyed the book enough and liked play-acting that he was the worm. My daughter was delighted to play along as the caterpillar with him. But when Mikey's interest wore off, Anna's persisted.

We renewed "Bob and Otto" as many times as possible through our library. Then we would return it only to hunt it down the following week to monopolize it again for a couple months. And when Anna's birthday came along I bought her her very own copy to keep forever and ever and she hugged it and loved it. 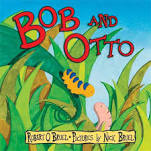 Her next love - "The Story of Fish and Snail" by Deborah Freedman. Like "Bob and Otto" two friends have different and opposing ideas about what story to read. They argue, disagree, go their own ways, and eventually reunite. We read this book over and over again while visiting Nana. And when we were packing to fly home Anna asked if she could pack it to keep forever. Of course, Nana agreed, and "The Story of Fish and Snail" resides next to "Bob and Otto" on the book shelf. 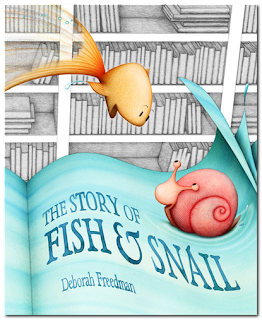 And then we discovered princesses. We were at our local library and searching for a new LEGO Ninjago graphic novel for Mikey. Not far from the LEGO books was a small expanse of shelf with The Tiara Club Princess series. Anna spotted them, began to flip through them, and asked to take some home. I was skeptical (not a princessy sort of person myself) but I let them check out just about anything they choose. So she picked a handful and we headed to check out. 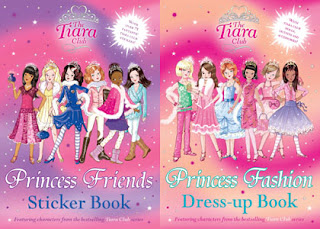 When we got home and I started to read, Anna fell in love. The Tiara Club stories are set at a boarding school for princesses. They learn all about how to be a perfect princess including how to act with grace and dignity. They also learn to dance and how to take care of a kingdom. But the real interest for my daughter is about the social conflict in each book. (The author follows a very predictable formula but the writing is good enough that I can't complain too much.)

Each Tiara Club book features a group of six princesses who are best friends. These six princesses always end up in some sort of trouble that has been caused by two mean princesses. They have to figure their way out of the mess without pointing fingers at the naughty princesses. In the end, the six best friends work together, behave with grace, and treat the mean girls with dignity, despite their naughty and hurtful shenanigans. The social conflict and conflict resolution that was evident in "Bob and Otto" and "The Story of Fish and Snail" is taken to a whole new level because there are groups of people involved in the story...not just one-on-one conflict. Anna LOVES it.

And so we now explore every princess book we meet. Unfortunately for Anna, not all princess books have social conflict as what drives the plot. However, she is forming a picture of what it means to be a princess and it seems to me to be a really wonderful thing. She says that princesses like to dance and sing. Princesses like adventure and taking care of people and animals. Princesses are clever; they have doubts; they learn. Princesses are experts at social life...

I support Anna's journey through princesshood. Being clever, having doubts, and learning are things all preschool engineers do. Even princess engineers. I believe that when she grows up she will be very well-versed in the social skills necessary to compete in a "who know whom" world.

p.s. I recommend both "Bob and Otto" and "The Story of Fish and Snail" without reservation. The stories are well-written and compelling. The illustrations are beautiful. But the nature of relationships is the real treasure in each of these books. In reading these books, we explore conflict and conflict resolution. We watch friends choose separate paths, negotiate differences, and ultimately remain friends.

p.p.s. Another great book about friendship is "Fish is Fish" by Leo Lionni. 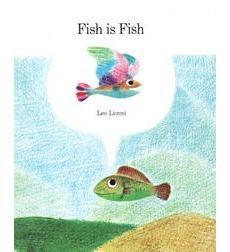