First, the Book
Chris Van Allsburg published "The Polar Express" in 1986 and won the Caldecott Medal for being the most distinguished American picture book for children. Since then it has sold more than 12 million copies worldwide. 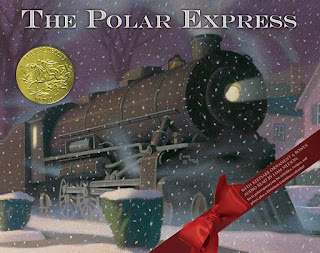 Then, the Movie
In 2004 a movie adaptation of the book was released with oomph from Hollywood powerhouse Tom Hanks acting as lead executive producer and voice actor.

Now, the Train Ride
Since 2004 railroads and train companies across the US have begun seasonal Polar Express-themed rides. Children and their families can wear their pajamas, drink hot chocolate, and ride a real train to a nearby "North Pole" where Santa might board and distribute Van Allsburg-inspired sleigh bells to believers.

Tickets often go on sale between July and August and I am happy to share that American-Rails.com has compiled a list of train rides state by state:

The Christmas Gift You're Probably Not Thinking About Right Now (But You Should)
You could give a book, a DVD, a train ride, a sleigh bell, or some combination thereof. But if you are thinking about taking a small child on the train ride of a lifetime, I recommend you buy your tickets sooner rather than later!