Preschool Literacy: How to Write Stories with Preschoolers

"Children become readers in the laps of their parents."

In fact, a lot of learning lies in a three-way relationship between the learner, the teacher, and the subject. So it stands to reason that children become writers with their parents, too. 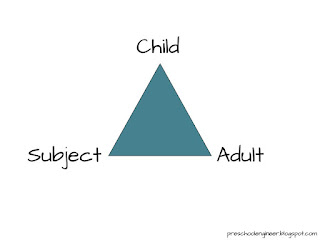 The tricky part is that writing takes substantially more energy than reading because you are creating something brand new instead of consuming it.

Here are some tips for writing with your child...

Find A Story from Life
This summer something interesting happened: the bunny that lives at my daughter's preschool escaped. It was a perfect opportunity for us to use story-telling to understand the surprising news and to imagine what experience the bunny had had.

Start with Something Simple
Children's books are necessarily simple. The sentence structure and words are small, not complex, and descriptive. Getting started with a classic is good enough; I like to start the stories with "Once upon a time..."

Once upon a time there was a bunny named Marshmallow.


Marshmallow lived at The Medley School.

He liked it there.

His home was safe and cozy...

Describe something interesting that happens to the character.

One night, after the children and teachers had left the school, Marshmallow escaped his home.

Use Sportscasting to Find more Words
In our case, Anna and I could walk around the school and imagine where the bunny had gone. I used the concept of sportscasting (stating the obvious), applying it to the bunny, to continue the story:

First he explored the playground.

Then he found his way to the garden gate.

You can continue with this idea of stating the obvious to guide the entire story.

Write it Down
This is the part that invites the back-and-forth part of teaching and learning. If you write the words down then the child sees how writing is an asset. He or she can carry the story around and share it with others!

Ask: "What happened next?"
It also slows things down and gives you a chance to include your child to tell the story. If you get stuck, ask your child, "what do you think happens next?" That is exactly how we got this line:

He squeezed under the gate and nibbled on a tomato and some green green grass.

Invite them to Draw or Color
Most preschoolers aren't writing many letters or words fast or well enough to keep up with their ideas. For the sake of story-telling, it is OK if you write and your child illustrates.

Bear in mind: the images don't necessarily have to be literal. Scribbling with crayons would be enough, I think. The important thing is that you and the child are going back and forth with the paper. 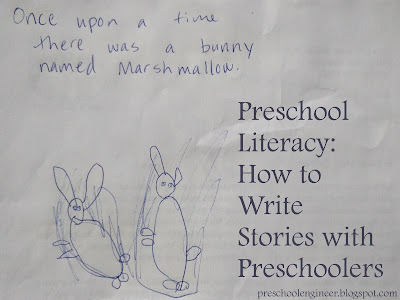 Opening the Floodgates
Our experience of writing together opened a floodgate. After writing "Marshmallow's Great Escape" together, my daughter wanted to create more books. She started pulling printer paper into small piles, folding them in half, stapling them together, and drawing. Then she'd ask me to write the story down that she had brainstormed. I suspect this could happen to you too. I hope it does.


By Julie and Anna Schneider


Once upon a time there was a bunny named Marshmallow.

Marshmallow lived at The Medley School.

He liked it there.

His home was safe and cozy...

...and the school children took good care of him.

Marshmallow’s way of saying “Thank you,” was to let the children pet his soft fur.

One night, after the children and teachers had left the school, Marshmallow escaped his home.

First he explored the playground.

Then he found his way to the garden gate.

He squeezed under the gate and nibbled on a tomato and some green green grass.

Before too long, Marshmallow had nibbled and hopped out of The Medley School garden, along Main Street, and all the way to Buccaneer Park.

When he looked up, he didn’t know where he was or how to get back to his safe and cozy home.

Luckily, a pack of wild bunnies hopped up to Marshmallow and invited him to join their pack.

They romped and played under the shade of the trees, darting between bushes and bouncing across the woodchip floor.

As the sun set, Marshmallow snuggled in the heap of fluffy bunnies. He was safe but he missed his friends at The Medley School.

The next day Marshmallow saw a friendly human with a small cage and a big juicy carrot.

The wild bunnies scattered to hide but Marshmallow hopped into the cage and began to nibble the big juicy carrot.

He was enjoying the carrot so much that he barely noticed his cage being moved onto a truck or from the truck to an animal shelter.

When he finally finished eating the big juicy carrot he looked up and saw Rebekah’s smiling face.

Marshmallow smiled back at Rebekah.

She took him back to his home at The Medley School where he patiently waited for the children to feed him and pet him and love him again. 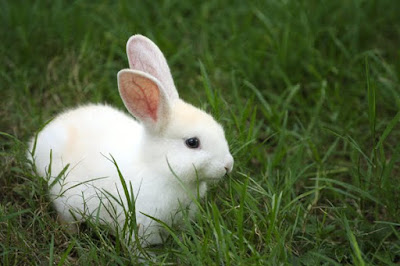 Email ThisBlogThis!Share to TwitterShare to FacebookShare to Pinterest
Labels: books, preschool STEAM, under $5