I've talked before about how my daughter brings to the table a whole new way of thinking about preschool engineering. For me she puts the "A" in STEAM. She also recognizes "girlie" things like fabric, fashion, and primping hair, nails and faces. And I will say again that I know she is learning Preschool Engineering in her own way. It is just a matter of me recognizing and respecting her way.

In the last few months Anna has become enamored with princesses. I'm not just talking Disney's princesses, although those ones are ubiquitous so they seem a big part of life. To Anna it seems as though princesses are girls or women who are fancy, polished, sparkly, and adventurous. Princesses have good manners and are concerned with the welfare of others. And all of these things are good things in the world of Preschool Engineering but they are not mechanically interesting, which is how this blog began.

Here is a project that is all Preschool Engineering but that reeks of Princess life: DIY princess hats. The engineering involved is mostly done by the parent. However, I consider that a big deal...a parent or caregiver being resourceful, creative, and making something alongside and for his or her child.

There is a great template and set of instructions Seshalyn's Party Ideas. I didn't think fast enough to take pictures while I was working with the kids but I will describe the best I can for you. Mine were definitely less fancy than the ones at Seshalyn's but they did the trick. 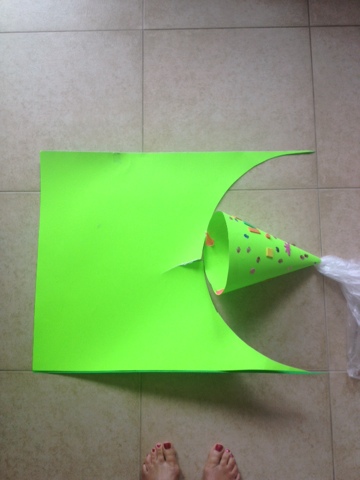 Next I cut a piece of duct tape (about 8" long) and set it waiting for me. Then I wrapped the paper around Anna's head (the curved part of the semi-circle becomes the brim). Holding it with one hand, I  removed the hat from her head and used the duct tape to secure the inside seam. (See picture below.) 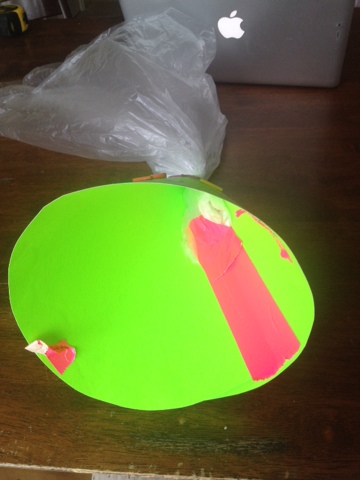 Then I used clear tape to secure the outside seam: 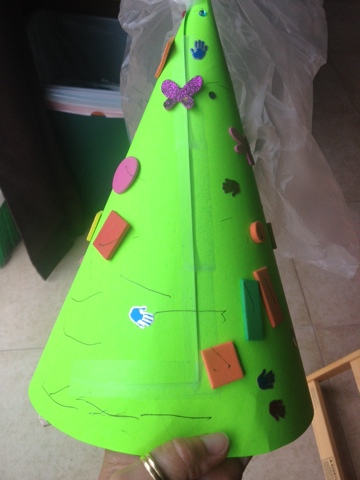 Next I needed some finishing touches. Where Seshalyn used a ribbon to come out the top of the hat, I used a plastic garbage bag. It makes a great noise and blows around in a fun way. I also used duct tape to secure some yellow ribbon to be a chin strap. 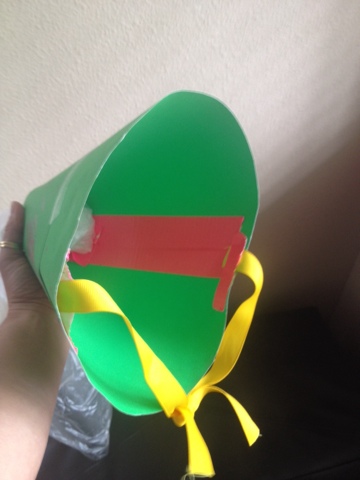 Then I let the kids decorate the outside with stickers and coloring. While they were decorating I rolled a piece of 8.5"x11" paper into a wand and... 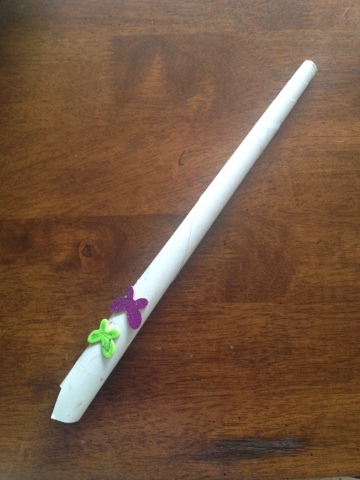 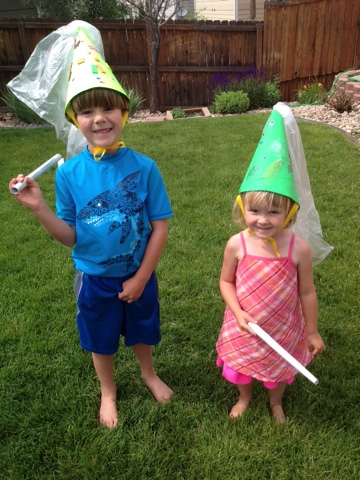