Welcome to the Preschool Engineering Hall of Fame! Below are pictures, links and descriptions of the characters we have discovered in books and film that have the creative spirit and think-outside-the-box mentality it takes to be a successful engineer.

(Please note that the descriptions are taken from each character's webpage.)

Curious George was published by Houghton Mifflin in 1941 and for almost seventy-five years he has been capturing the hearts and minds of readers young and old throughout the world. Books about Curious George, including the seven original stories by Margret and Hans Rey, have sold over 75 million copies. So popular that his original story has never been out of print, George has become one of the most beloved and most recognizable characters from children’s literature. He has been featured in a Public Service Advertising literacy campaign in partnership with the Ad Council and the Library of Congress, and in 2012 Curious George was inducted into the Indie Choice Book Awards Picture Book Hall of Fame. In addition to the numerous books about his mischievous adventures, Curious George stars in the Emmy-award winning PBS television series Curious George and has also starred in three full-length movies. 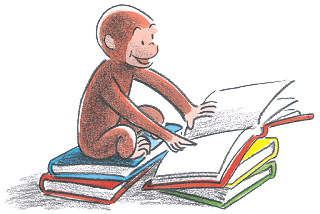 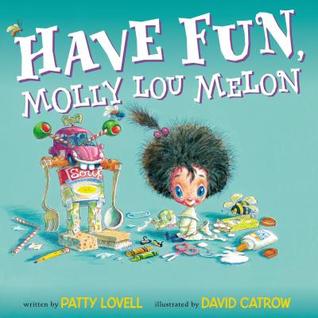 Afraid of failure, she hides them away under her bed. Until a fateful visit from her great-great-aunt Rose, who shows her that a first flop isn’t something to fear—it’s something to celebrate. 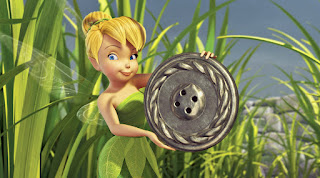 Iggy Peck
Dear Ig has it made until second grade. That’s when he meets his match. His teacher, Miss Lila Greer, frons upon architecture. Banned from building in school, second grade becomes a bore until one day a fateful field trip lets Iggy Peck show the world his true talents! 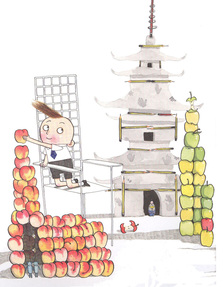 Meeow
The author/illustrator describes him: Meeow is a creative little cat. 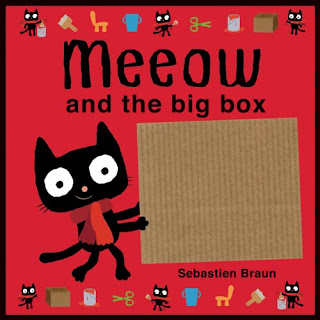 JoJo is so worried that he'll say something to disappoint his father that he finds it best not to speak- ever. But he's anything but silent. He hears music in the tapping of an old keyboard, feels the beat in the rhythmic bounce of a basketball and finds harmony in wind whistling over a comb.
It is later revealed that JoJo takes nightly excursions to the Abandoned Star-Study Tower, and the one time we see him about to leave, his arms are filled with various odds and ends (including an umbrella that looks remarkably like that of the Cat in the Hat's), are to work on what is rather literally a giant instrument (called "the Symphonophone" on the soundtrack): he had filled the observatory with these castaway items and set up an elaborate system to produce music. JoJo uses his Symphonophone to add to the ruckus needed to alert the citizens of Nool to their existence, in addition to his signature cry: "YOPP!" 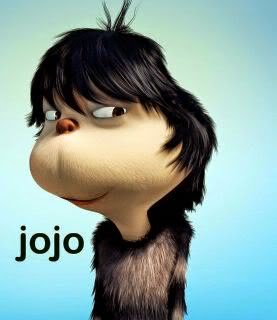 
Jay is an inventive, fast-talking and fun ninja. He loves to build and fly hang-gliders, so the chance to learn to fly himself using Airjitzu is an exciting one. Jay is always ready with a joke when things get too tense. He wields the power of lightning. 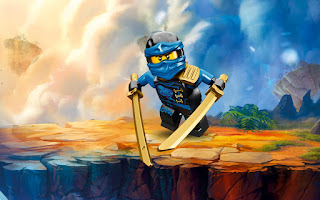 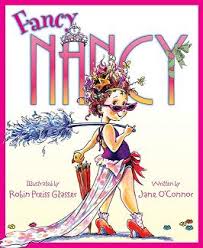 Fancy Nancy is a young girl with a larger than life personality, who adores all things fancy. She always dresses extravagantly, wearing boas, tutus,ruby slippers, fairy wings, and fuzzy slippers. Nancy loves using big fancy words such as "iridescent", "ecstatic", and "extraordinary" and anything in French.[1][3] She has redecorated her bedroom with everyday items, such as feather boas, Christmas lights, paper flowers, and hats. Her favorite doll is named Marabelle Lavinia Chandelier.[4]
Nancy captures hearts by nearly getting caught up in the glitter, but, in the end, always discovering what's truly important.
“
”
Teri Sforza[1]
In Nancy's opinion, her family is ordinary and dresses rather plainly, so Nancy decides to hold a class in the art of fanciness for her family. They oblige, and Nancy helps to dress them in bows, ornaments, top hats, and gaudy scarves.