3 Things You Need to Celebrate Bats

Roadtrip Ruminations
We are well into the school year and have found a decent, albeit busy, rhythm. Three days a week we pile into the car and drive directly from school to karate. On the way we listen to books on tape, music, or just talk with each other. Usually, the kids just want to listen to a book.

As good as the books are and as many as we’ve listened to (good and not-so-good), I sometimes find my mind wandering. This autumn I have found myself wondering about bats.

Spooky Swarms
Bats are practically synonymous with creepy. Whether it is the seemingly unpredictable way they fly around on their own, the heart-stopping way they fly en masse, or their less-than-adorable visage, bats seem to evoke the feeling of otherworldliness that comes with the month leading up to Halloween. 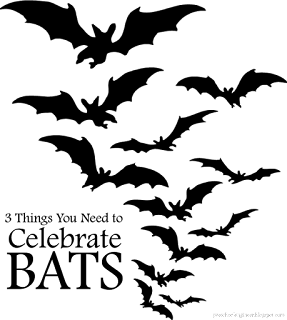 Bodacious Bats
How do I know all this? Well, these creatures are pretty interesting and there are some groups who advocate for and educate about bats. Defenders of Wildlife include bats as one of their featured creatures, which is how I learned this amazing tidbit: “bats make up a quarter of all mammal species on earth!” Bat Conservation International also has some interesting bullet points like, “Baby bats can weigh up to one-third of their mother’s body weight. To put that into perspective, just imagine birthing a 40-pound human infant!”

By poking around on the Defenders of Wildlife page or the Bat Conservation International page, you can learn about the unpredictable way they fly (echolocation), the way they fly together (swarming), or about their unique anatomy (they’re mammals that fly!). You can even adopt a bat!

Get Started with a MicroLesson about Bats
OK, OK. I know that not everyone ruminates during their roadtrips, nor do they have the time or energy to read an entire website worth of information, process it, and then teach it to their children. So, how about a microlesson?

You just need one toe-tapping song, one great book, and a set of wings.

1. THE SONG
“Bats! Oh, Baby!” is a song written by children’s musicians Jeff and Paige for children ages three to eight. It features original toe-tapping melodies and educational lyrics and was produced as part of their album, which is a musical, called “Get Outdoors!”


2. THE BOOK
“Nightsong” by Ari Berk is an amazing picture book about a young bat who is encouraged to find his song and use his good sense to navigate the world. Readers will enjoy the illustrations by Loren Long as much as they will connect with the literal and metaphorical aspects of how to use one’s sense. 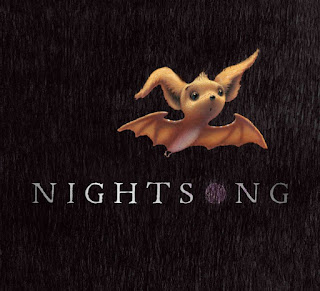 3. THE WINGS
No. Your child does not have to sprout wings to fly. You can just order a set of Dreamy Dress-up Bat Wings delivered to your home. Then they can take what they have learned from Jeff and Paige and Ari and Loren, and take to the skies. 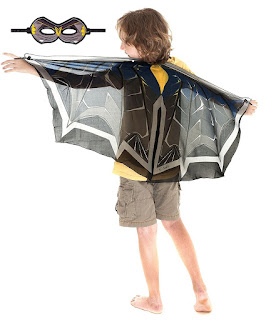 Really? They will take to the skies?

Really. When your children are learning this way, the sky is the limit.

Check out this amazing Science Short Film by the Montana Natural History Center!