In times of transition or discomfort a rare few are inclined enough, brave enough, and able to draw on the right resources to create something good in seemingly difficult times. Here are four picture books that show what beautiful things can happen when someone commits to solving problems.


How to Heal a Broken Wing
by Bob Graham

In a spare urban fable, Bob Graham brings us one small boy, one loving family, and one miraculous story of hope and healing.
"No one saw the bird fall."
In a city full of hurried people, only young Will notices the bird lying hurt on the ground. With the help of his sympathetic mother, he gently wraps the injured bird and takes it home. In classic Bob Graham style, the beauty is in the details: the careful ministrations with an eyedropper, the bedroom filled with animal memorabilia, the saving of the single feather as a good-luck charm for the bird's return to the sky. Wistful and uplifting, here is a tale of possibility — and of the souls who never doubt its power.

The Tin Forest
by Helen Ward, Illustrated by Wayne Anderson

There was once a wide, windswept place, near nowhere and close to forgotten....
In the middle of a dark, lonely wasteland filled with old scrap metal lives an old man. Every night he dreams of a lively forest, full of sunshine, plants, birds, and animals. Every morning he wakes to gloom and bad weather. Then one day, he comes up with an idea to change things. But can an idea turn rain into sunshine? Can a dream make plants grow? The rich, detailed illustrations and lyrical text of The Tin Forest carry an important message of imagination and hope. 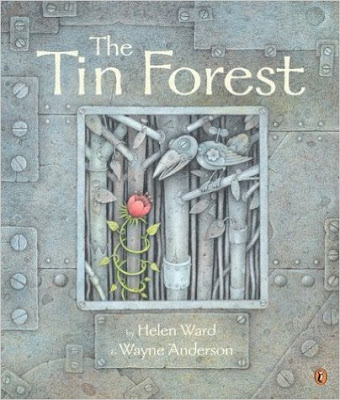 What Do You Do With a Problem?

by Kobi Yamada, Illustrated by Mae Besom
From the same author and illustrator as the #1 nationally best-selling What Do You Do With an Idea? comes a new book to encourage you to look closely at problems and discover the possibilities they can hold.

This is the story of a persistent problem and the child who isn't so sure what to make of it. The longer the problem is avoided, the bigger it seems to get. But when the child finally musters up the courage to face it, the problem turns out to be something quite different than it appeared. 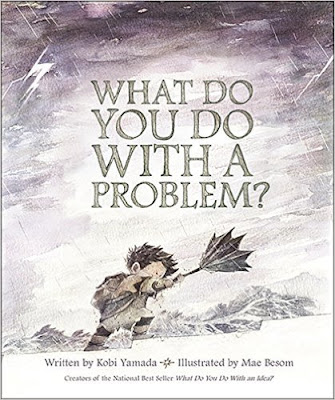 The Smallest Girl in the Smallest Grade
by Justin Roberts, Illustrated by Christian Robinson

But Sally notices everything—from the twenty-seven keys on the janitor’s ring to the bullying happening on the playground. One day, Sally has had enough and decides to make herself heard. And when she takes a chance and stands up to the bullies, she finds that one small girl can make a big difference.
Grammy-nominated children’s musician Justin Roberts, together with vibrant artwork from award-winning illustrator Christian Robinson, will have readers cheering for young Sally McCabe. 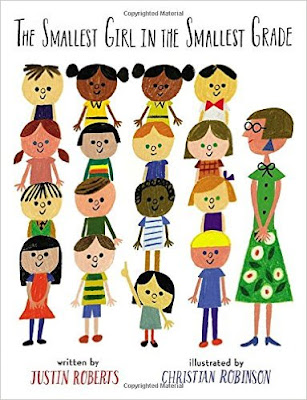 The Smallest Girl in the Smallest Grade is reminiscent of the story of "Fired Up."
Fired Up from Dan Fipphen on Vimeo.

Email ThisBlogThis!Share to TwitterShare to FacebookShare to Pinterest
Labels: beyond preschool, books