The Japanese Yosegi Art of Parquetry


Instead of using paint, Japanese Yosegi decorations are made out of natural fine grains and textures of wood. First, timbers are cut into rods of desired sections, the rods are then glued together to form a section of geometrical design pattern. The surface is sliced into thin plates of wood, which are glued onto boxes and other handicraft works. This mosaic-like art originated during Japan's Edo Period (17th-19th century) and are still respected all over the world.


It's possible you've never heard of Simon Beck, but after today, you won't be able to forget him or his wintry works of art. Simon is an artist and is most well-known for making incredibly delicate and detailed art in the snow, just by walking over a fresh snowfall.

For more, check out the National Geographic Short Film:
http://video.nationalgeographic.com/video/short-film-showcase/one-mans-walk-in-the-snow-creates-a-giant-masterpiece

The Physics of the Hardest Move in Ballet

In the third act of "Swan Lake", the Black Swan pulls off a seemingly endless series of turns, bobbing up and down on one pointed foot and spinning around and around and around ... thirty-two times. How is this move — which is called a fouetté — even possible? Arleen Sugano unravels the physics of this famous ballet move.

My kid came home from school raving about a toy he discovered in the principal's office. By the miracle of Google, I was able to find it my first try by typing "rings twirl connected toy" and what I found was something worthy of sharing here. It is called "Toroflux" by Flow Toys. One look at a still photo of this toy and it is no wonder that my kid picked it up......and after watching a video of Toroflux in action I understand why he fell in love.

Fill unused Amazon boxes with donations and they'll be shipped to Goodwill for Free
http://www.mlive.com/business/index.ssf/2016/12/fill_unused_amazon_boxes_with.html

Can we practice handwriting without a pencil, please?
http://therapyfunzone.net/blog/can-practice-handwriting-without-pencil/
Efficient handwriting skills require some very complex skills that can be developed in some very simple ways.  Children seem to know how to hone these skills when they are given the freedom to experiment.  That’s called “play,” by the way!  There are five areas where children need to be proficient in order to be “handwriters.”  I will connect them here with some very simple and inexpensive activities that will create fun handwriting experiences – without a pencil! 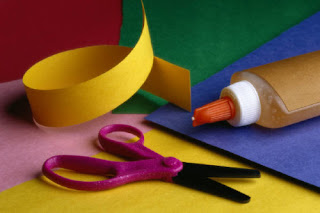