Butterfly nets begin popping up everywhere in spring and well-meaning grown-ups buy them for the young children in their lives. (Including me.) It seems to bring idyllic images of our youngsters running gleefully after butterflies as the insects flit and flutter in the summer breeze.

It was summer and time for our annual roadtrip. The first stop was at Mahoney State Campground.  We were welcomed to a site with plenty of shade, an open grassy hill, and views of a small pond across the way. The trees, the pond, and the humidity made it the perfect place to net and study insects.

Oops, We Forgot the Nets!

As dusk arrived, so too did the fireflies. We immediately realized that we had forgotten the nets. How would we catch the fireflies? They were novel creatures - not native to our home state of Colorado - and so appealing to capture and examine. 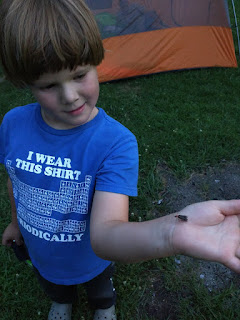 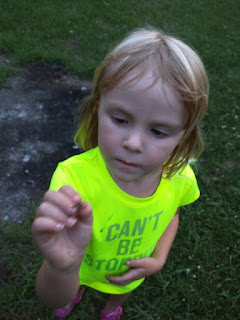 The chasing began. My children ran around following fleeting flickers. I smiled and laughed and exclaimed, “Ooh! I just saw one over there! Now its over there!” At first it was fun to chase without catching anything. (I had the most success but the “release” part of catch and release was frustrating for my young children.)

As their frustration grew, I watched them get increasingly angry.

So I offered a different way of enjoying the magic of fireflies.

“Instead of chasing the fireflies,” I said, “ why don’t we fly with them?”

As soon as I said it, smiles reemerged. My children flapped the wings, used their flashlights as firefly anatomy, and became fireflies. They flew around the campground; happy to share the space with these seemingly magical creatures.

Such nuance. We were still watching carefully for the flickering lights. We ran after those flickers. But after we slightly re-framed of our purpose, we all took a step toward kindness. Our expectations changed, as did our experience of what it meant to enjoy nature.

Instead of chasing fireflies, we should dance with them.

Among the Fireflies, A Life Lesson

That night after the kids nodded off in the tent, I lay pondering. The idea of dancing with fireflies instead of chasing them felt like a metaphor for some personal growth I was working on. “Instead of chasing…” felt bigger to me than just a mother’s cry to leave the animals alone and stop trying something that was too frustrating. It felt like a shining nugget of wisdom that I could apply to my life.

Instead of chasing my children to catch them at the playground, I would run with them.

Instead of following my children (and the mess they leave behind), I would clean with them.


Instead of chasing their dreams, maybe they will dance toward their dreams...enjoying the journey as much as the destination.